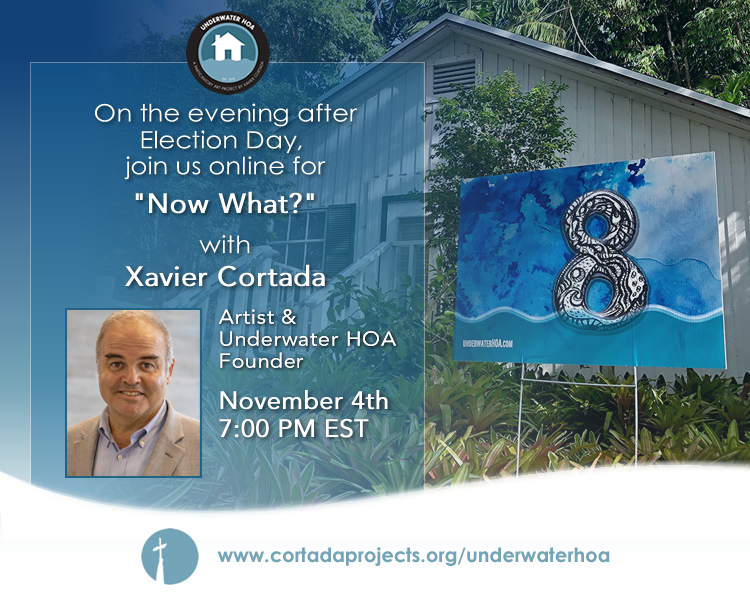 On Wednesday, November 4th, join the Underwater HOA for our monthly meeting in a community conversation led by Xavier Cortada. During the month of October, Cortada launched the Underwater Vote campaign to engage people in exercising their right to vote. By the time of the November meeting, it’s unlikely there will be a clear choice of president. Cortada will engage attendees in an open discussion about what the next steps are 24 hours after the election day polls close. 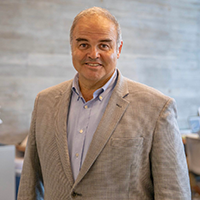 Xavier Cortada is Professor of Practice: Artist at the University of Miami as a faculty member of the Department of Art and Art History.

His science art practice is oriented toward social engagement and environment concerns. The artist has created art installations at the Earth’s poles to generate awareness about global climate change at points in between: In 2007, as a National Science Foundation Antarctic Artists and Writers Program Fellow, Cortada used the moving ice sheet beneath the South Pole as an instrument to mark time; the art piece will be completed in 150,000 years. In 2008, he planted a green flag at the North Pole to reclaim it for nature and launch an eco-art reforestation effort.