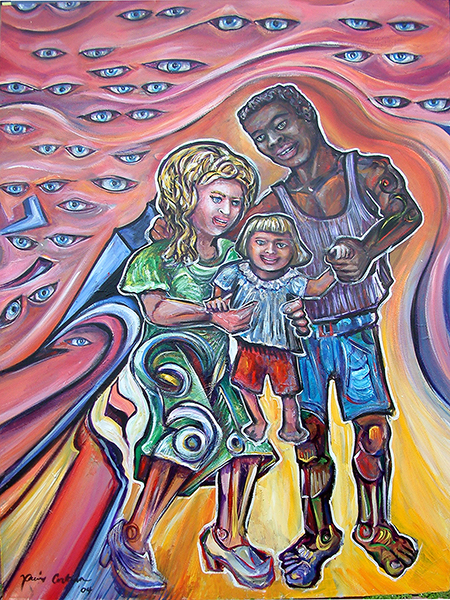 In the backdrop we see eyes. Blue eyes in a sea of Caucasian skin.

You can almost hear them gossiping. Talking about her, the traitor. Protecting the man
whom she divorced.

Eyes, can’t believe what they are seeing, that she has hooked up with Palmore, a “black
man.”

Eyes, bewildered that she could marry someone of another race.

Eyes, horrified that she’s taken her daughter — one of their own — to live with him.

At the trial level, they succeeded. Their profound racism was given weight by the court,
agreeing that the child would be more vulnerable to social stigmatization in a racially
mixed household. The mother lost custody of her child.

She appealed. A unanimous Supreme Court saw things her way — Palmore v. Sidoti,
466 U.S. 429 (1984). The private prejudices of others may be something the state can’t
control, but it certainly shouldn’t give them effect. Removing the kid from her Mom was
wrong.

Let’s never lose sight of that.