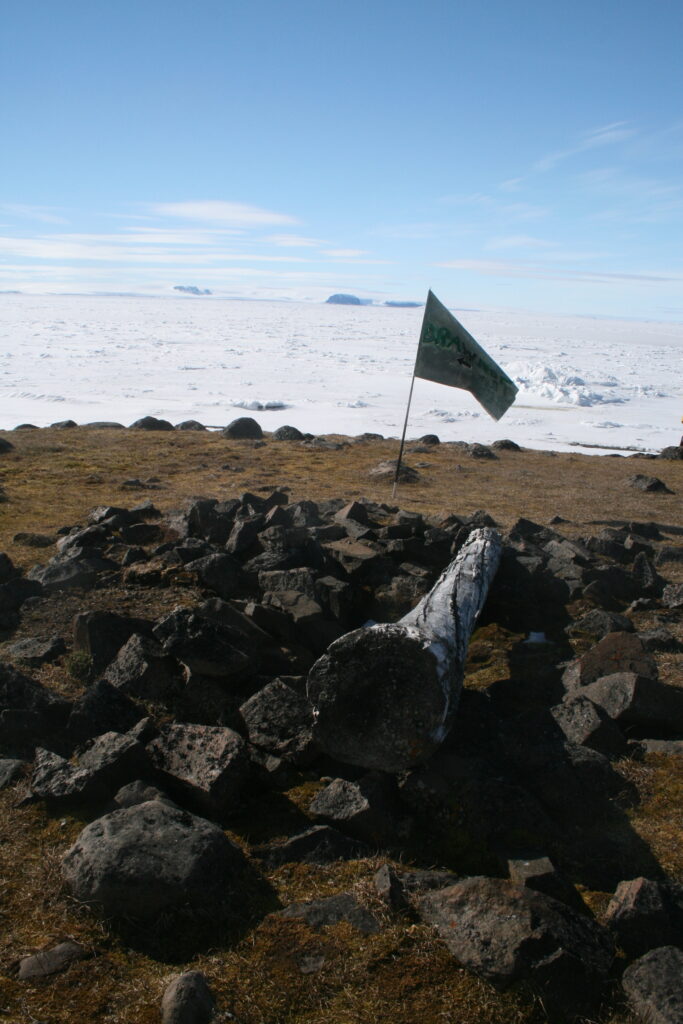 “Performance planting the DRAWROF flag at the site of Fridtjof Nansen’s hut:

Today, I visited Cape Norway. Didn’t get to read the inscription the Norwegian Government mounted alongside a log and some rocks assembled in a rectangular pattern. I didn’t need to. I already knew where I was.

I was standing before the ruins of the hut Fridtjof Nansen erected in August 1895, on his way back home from his failed attempt to reach the North Pole. He slept there for seven months, knowing that he had reached the highest point (86’14”N) man had visited on the planet. He did so because he thought unconventionally. At a time when others would want to fight and conquer nature, he allowed nature to work for him. The meticulously planner had a ship built to not crush as he intentionally had it set on the ice, which would effortlessly move them westward and towards the Pole.”